Everything You Need to Know About Relocating to Phoenix, Arizona 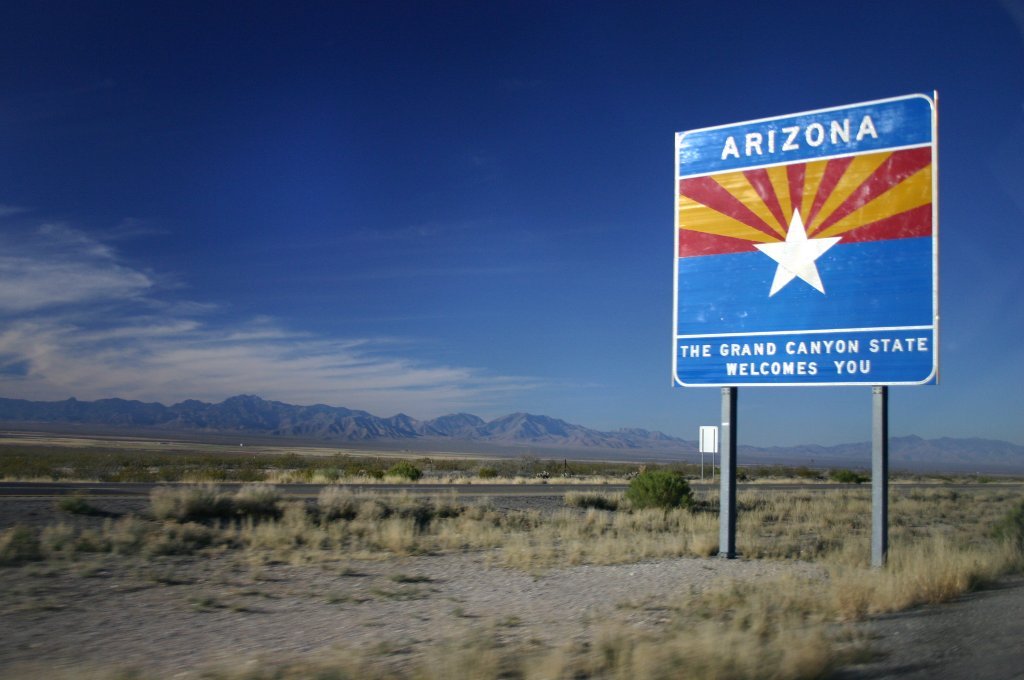 If you haven’t visited Phoenix yet you definitely should! Phoenix is a growing metropolis that is home to around 4.5 million people and growing! It’s estimated that around 268 people moved to the Valley each day in 2018. Speaking of “The Valley” this is what the Phoenix metro area is commonly referred to and you’ll also hear it called the “Valley of the Sun.” The Valley is made up of several different cities but they all merge together to form the Phoenix metro area.

There are quite a few reasons to move to Phoenix, Arizona. One of the most common reasons is the Phoenix weather. With over 300 days of sunshine, moving to Phoenix is a great way to avoid the cold snowy and wet winters that many other places experience. During our summer months we have a dry heat with low humidity. We get much of our rain at the end of summer during a series of storms commonly referred to as the “Monsoon Season”.

Our housing costs are also more affordable than some of the other large areas within the U.S. If moving from California, New York, Pacific Northwest, or the Chicago area, you’ll likely find that you can get more house for your money here.

Since Phoenix can refer to both the Phoenix Valley and the city of Phoenix itself, it can get confusing to those that aren’t from here. So, if you’re planning on relocating to Phoenix, AZ, here’s a breakdown of popular areas. Phoenix itself has a population of 1.7 million people. It’s surrounded by North Phoenix, Central Phoenix, South Phoenix, the East Valley, West Valley, and the Northwest Valley. Here are some of the cities within those areas.

Weather is typically one of the biggest questions for someone relocating to Phoenix, AZ. While our average for the year is around 75° F, you can really expect anywhere from the mid 40’s to 60’s during the winter and the 90’s to low 100’s during the summer. Our heat is a dry heat, meaning that we typically don’t experience high humidity, except during our summer rainy season and even then, it’s lower than most areas in the Midwest. It’s similar to the type of heat you feel when opening an oven door.

Although we don’t have many natural disasters, we do experience yearly Monsoon Season. These are a series of storms categorized by high winds, dust, and heavy rainfall during the summer. This can result in flash flooding since Phoenix typically gets half their monthly rain during the monsoon season. So, when you see caution signs about flooding, take them seriously. Here are some tips on staying safe during monsoon season in Phoenix. It’s important to take precaution during these summer storms, also known as haboobs. No, we did NOT make that up. Seriously, go look them up. You’ll likely find some breathtaking pictures of Phoenix during these intense summer storms.

Phoenix, Arizona has been voted as one of the best places to retire and provides affordable housing costs for those looking to retire. There are quite a few adult communities in Arizona designated for those that are 45-55+. These communities include Sun City, Sun City West, Sun City Grand, Sun Festival, Trilogy at Vistancia, and Westbrook Village in the Northwest Valley. Victory at Verrado, Trilogy at Encanterra, Sunland Village East, Trilogy at Power Ranch, Sunbird, and Sun Village are some other notable retirement communities within Phoenix, AZ. Many times relocating to Phoenix, AZ is a great transition for retirement purposes. We also have a large community of snow birds in Phoenix. These residents get the best of both worlds by avoiding the snow during the winter in Phoenix and returning to their original home during the summer.

Job relocation is a huge reason to be relocating to Phoenix, Arizona. The northwest valley is home to some of the biggest employers in Phoenix, Arizona. These employers include USAA, American Express, Dignity Health, Banner Health and Discover Financial. As Phoenix continues to expand, more companies are starting up in the Valley or bringing locations here.

Healthcare, technology, and hospitality are growing fields here. In 2017, Phoenix, AZ had around 44 million visitors that resulted in $7.8 billion in direct spending. If you’re in hospitality, there are over 160 hotels in Phoenix alone (this doesn’t include all of the surrounding cities). Scottsdale also ranks as one of the top cities to own a vacation rental!

Phoenix, AZ is filled with a variety of entertainment options. Vee Quiva Hotel & Casino, Talking Stick Resort & Casino, Desert Diamond West Valley Casino, and Gila River include some of the best Phoenix casinos. During the summer, you can cool down at Phoenix waterparks including Hurricane Harbor (previously known as Wet’N’Wild Phoenix) in the Northwest Valley, Oasis Waterpark at the Arizona Grand, and Big Surf in Tempe. If you’re a fan of the arts head to the Arizona Broadway Theatre in the Northwest Valley, ASU Gammage, the Arizona Opera, Arizona Theatre Company, Ballet Arizona, or a handful of other theaters and performance centers in Phoenix.

Arizona is home to many professional sports teams including the Arizona Diamondbacks, Phoenix Suns, Phoenix Coyotes, and Arizona Cardinals. In the Northwest Valley you can attend both football and hockey games in Glendale with the Cardinals stadium and the hockey arena. You can attend baseball and basketball games in downtown Phoenix. Phoenix, AZ also hosts the Cactus League for Spring Training. With 15 teams, you can choose from a variety of baseball spring training games to attend most days between the end of February and throughout March.

Most of Phoenix is setup on a grid system making navigating around the Valley fairly simple. Phoenix also has a great freeway system making it easy to travel around the Valley in a short period of time. Interstate-10 (I-10) runs East to West and is similar to I-80 in Illinois, I-10 in California and I-90 in Washington. Interstate-17 (I-17) runs north from Phoenix to Flagstaff and is similar to I-57 in Illinois and I-5 in California and Washington. State Route 51 (SR 51) runs North and South and is similar to Illinois Route 50 (IL 50), California Route 1, and State Route 99 (SR99) in Washington. Phoenix also has Loop 101 which loops around the West Valley, Northwest Valley, and Scottsdale. The Northwest Valley has Loop 303 while the Southeast Valley has Loop 202. Of course we can’t forget to mention Historic Route 66 which goes through the heart of Flagstaff and goes for miles both east and west. Downtown and central Phoenix have light rail access and Phoenix has a bus system throughout the city as well.

When relocating to Phoenix, you’ll need to be aware of our water sources. 80% of the Arizona population is served by the Central Arizona Project (CAP). This is a system that routes water from the Colorado River to central and southern Arizona.  Arizona gets about 36% of its water from the Colorado River and about 40% from groundwater which add up to the majority of water sources for Phoenix residents.

Most homes in Phoenix will get their electric service from either Salt River Project (SRP) or Arizona Public Service (APS). And while not all homes have gas, if they do they are serviced by Southwest Gas. A lot of homes within the Valley are connected to the city sewer systems. The exception to this is usually custom homes, unincorporated land on the outside of town, and mobile/manufactured homes that have septic. If you’re relocating to Phoenix, AZ this is an important feature to do your homework on during the home buying process.

If you’re moving to Phoenix with kids, you’re likely interested in the Arizona school system. In Arizona our school districts are not based on city or town lines. Instead, they are based on district boundary lines. Depending on where your house falls within the boundary lines will decide the home school your child will attend. Arizona has many School Choice options including open enrollment. While Arizona has a large public school system, we also have some great charter schools and private schools as well. You don’t have to be within the assigned districts in order to send your children to one of the charter or private schools or public schools.  During your due diligence period, you will want to confirm what the school district is for the house you’re moving to and whether that school is the best fit for your children. You can research Arizona schools and ratings at Great Schools.

Don’t worry, if the weather has you worried, you’re a short trip away from cooler temperatures. Arizona is home to the Grand Canyon which is a popular tourist destination just a few hours north of Phoenix. Sedona, Flagstaff, and Prescott are also popular towns to escape the heat and experience beautiful scenery. If you are going to relocate to Phoenix, AZ, it’s helpful to know what surrounds you for family vacations and quick getaways. A 6 hour drive west will take you to the Los Angeles and San Diego areas where you can head to the beach or some amusement parks!

If you love the outdoors, relocating to Phoenix could put you right in the middle of great hunting, camping, fishing, and lakes. Yes, we DO have water in the desert! If you love to hunt you’re in luck! Hunting options in Phoenix, AZ include elk and antelope, javelina, and turkey. Some of the more popular fishing spots include the White Mountains, Imperial Reservoir, Lees Ferry, and most lakes in the greater Phoenix area. You can enjoy water sports at Lake Pleasant, Saguaro Lake, Canyon Lake, Apache Lake, Roosevelt, and Bartlett Lake. Another great activity is going tubing down the Salt River!

Now, onto our favorite topic to share with those relocating to Phoenix, AZ…real estate! The Phoenix real estate market definitely has it’s perks. Like we mentioned earlier, if you’re relocating to Phoenix from another large city in the country, housing costs are likely to be less than what you experienced. The average sales price in Maricopa County was $353,837 in April 2019. Of course, with so many cities within Maricopa County, housing costs could fall on either side.

Overall the Phoenix real estate market is experiencing great growth. 4th quarter closed sales in 2018 were up by 3% from 2017. Quarterly closings have been at a high, along with new home sales and construction since around 2007-2008. Relocating to Phoenix, AZ is a great opportunity for real estate investors as well. With our rental market experiencing low inventory and high demand, it’s a great market to purchase rental housing. Scottsdale was also voted one of the best markets to own a vacation rental as well. It makes sense seeing the growth of hospitality in Phoenix.

So, what are the next steps to relocate to Phoenix, AZ?! Download our FREE buyer’s guide! Check out homes for sale and prices here.

Call or text us today or send as a direct message on Facebook so that we can set you up on a property search and establish a plan for your move to the Valley!

"I would absolutely recommend her to anyone!"

"Braiden is a true professional in every sense of the word. She was incredibly diligent in helping me find my first home. From finding the home to negotiating different items with the seller and then closing, she was there every step of the way. I would absolutely recommend her to anyone!"